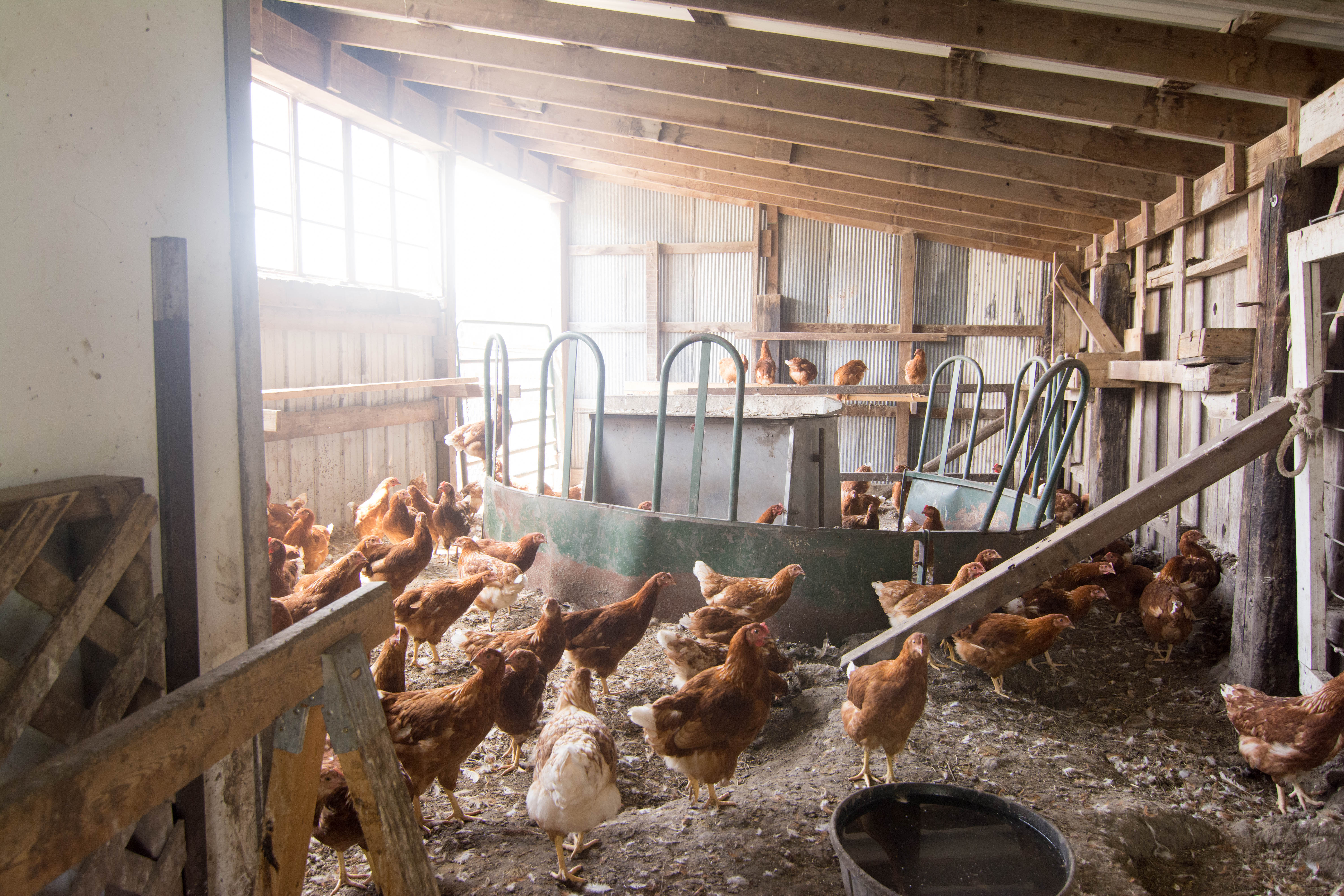 This conversation is sponsored by The US Farmers & Ranchers Alliance, but the opinions and text are all mine.

I recently had the opportunity to visit with Dan Hromas at his farm, Prairie Pride Poultry. Dan is an egg and poultry producer living just outside of Grand Island, Nebraska. I first met Dan two years when I purchased a dozen eggs from him at the Farmers’ Market in Lincoln. Later I learned that not only does he provide a great product, but he also has a great story. And because May is National egg month, I thought this would be the perfect time to ask Dan a few questions about egg production and life on the farm. Dan started Prairie Pride Poultry in 2013 with the goal of providing farm fresh eggs and poultry to consumers. Dan believes everyone should have the opportunity to eat healthy and wholesome food, which is why it makes sense that he went into egg and poultry farming. Eggs are not only a great source of protein, but also provide many essential vitamins and minerals that are important for growth and development. Before Dan was a poultry and egg producer, he was actually in the Military. His grandparents were farmers and his parents both served in the Military. After Dan finished serving in the Military, he pursued his dream of starting a farm and raising chickens. He was able to start his business with the assistance of the Farmer Veteran Coalition and today he has almost 1,000 birds living on his farm, which includes a variety of broilers, pullets, layers and roosters. In case you’re not up to speed on chicken speak, here’s a quick guide:

Broilers: a chicken that is raised for meat production

Pullet: a young female chicken that hasn’t yet laid eggs

Layer: a hen that produces eggs for the purpose of egg production Even though Dan’s birds are “free range,” which means his birds are allowed to roam outside, his eggs are not organic because of the type of feed he uses. (Eggs labeled “organic” must come from chickens that have only been fed rations that do not contain GMO ingredients, such as GMO corn and GMO soybeans.) Dan said his layers feed on grass and insects, but also consume a ration of soybean meal, corn, vitamins, and minerals. This would be the same type of feed found in conventional operations. The vitamins and minerals in the feed help give the birds the nutrients they need to produce healthy eggs. Dan’s favorite part about being a producer is meeting with consumers, whether it’s on the farm or at the Farmers’ Market. The biggest myth he has had to address is that chickens will eat their own eggs for the sake of it once they get a “taste for it.” He says that it is okay to feed chickens eggs. “I give the cracked and stained ones to my flock by smashing them on the ground. They are attracted to the moisture, not the egg in and of itself.”

I asked Dan what he thought about city folks wanting to produce their own eggs. I thought maybe he would suggest leaving it to the pros like himself, but instead he wanted to offer them some advice, “Don’t go all out. You don’t have to spend a ton of money to do it yourself.” The day I visited he was also giving a farm tour to class of 2nd graders from the local elementary school. “One of the best ways to introduce kids to agriculture is through egg and poultry production. Having them collect the eggs, how to hold the baby chicks, and how to clean the eggs can have a great impact on kids and their understanding of agriculture.”

And when I asked Dan how he liked his eggs…